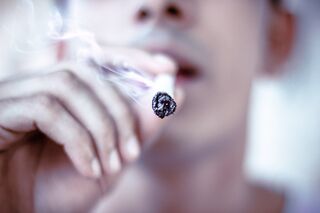 Addiction expert Judith Grisel, Ph.D. recounts her first taste of alcohol – drinking wine at age 13 – in a way that could describe any teenager’s experience.

“I felt like Eve should have after tasting the apple. Or like a bird hatched in a cage would feel unexpectedly released, ”Dr Grisel recalls vividly in his book. Never Enough: Neuroscience and the Addiction Experience. “The drugs provided physical relief and a spiritual antidote to the lingering agitation that I had been unable to identify or share… fears and hopes.

Drinking or using other drugs can provide “an easy way to overcome the difficulty of growing up” and precipitate a descent into addiction, says Dr Grisel, a recovering neuroscientist for more than 30 years and professor of psychology at Bucknell University .

After her introduction to alcohol, Grisel spent 10 years as a daily user and later a college dropout on a heart-wrenching journey that took her to seedy motels and trading with questionable people at the search for drugs of all kinds and at all costs. But why do some young people find themselves on this dangerous path?

And do parents have a role to play in prevention?

Substance Use Among Adolescents Today

Some research suggests that the expanded legalization of pot in many states across the country has been associated with higher rates of marijuana use among teens under the age of 18 (for whom it’s still not legal) in those states. This is all the more reason for parents to be concerned about prevention.

In addition, while the use of most drugs by adolescents declined during the pandemic, alcohol and cannabis use by adolescents increased, according to research conducted in the Journal of Adolescent Health, first published online in July. This included an increase in solitary use of these substances, which the researchers said was linked to increased fears related to COVID-19 and symptoms of depression.

Many other factors can affect when and how often teens turn to drugs or alcohol.

As Grisel notes in his book, genetics can certainly play a role in determining who is most susceptible to addiction. The more DNA a person shares with an addict, the greater the risk of addiction. Even children of drug addicts adopted immediately after birth continue to have a high risk of addiction.

But what happens at home also has an impact on the likelihood that teens will develop substance use problems. This is not only true when parents are addicted to illicit drugs, such as cocaine, but it can also occur when caregivers are permitted to drink with teenagers.

The results of the study assessing substance use during the pandemic “suggest that a surprisingly high number of adolescents used substances with their parents during the COVID-19 crisis.” The result is that when teens share with their parents, lower rates of binge drinking, cannabis, and vaping are reported. However, the study authors point out that although children tend to drink in moderation in the presence of their parents, previous research has found that they are more likely to consume high-risk alcohol when consuming alcohol outside the home.

We know that young brains thrive and, as a result, are more sensitive to drugs. But what teens and their parents might not like is that these same impulsive decisions can impact neurodevelopment. Drug use can permanently alter the very structure of the brain.

These changes in brain structure can lead to cognitive and behavioral deficits. For example, a sibling comparative study of 1,192 adolescents from 596 families who used cannabis more frequently and started using it earlier was linked to poorer cognitive performance, particularly with regard to verbal memory tests. . Further studies are needed to confirm the results, which contrast with previous studies on twins. But the authors of the research, published in the journal Addiction in September, report that even moderate marijuana use (about twice a week, on average) can have a negative impact.

Research reveals that changes in the brain due to early exposure to the drug also increase drug use or drug seeking behavior, Grisel points out in Never enough.

There are many environmental influences that could cause teens who tend to be risk-takers to use drugs. These factors include everything from the economic situation and education to physical or sexual violence.

Of course, family stability plays a major role. Upsets at home or family stress can increase a teen’s risk of becoming addicted to drugs. As with some other environmental factors, it can be difficult to define or quantify what constitutes problematic family stress, as Grisel notes. COVID-19 has added stress to almost everyone and threatened stability for many.

However, even in times of stability, there is no way to completely avoid conflict; it is important to fight for peace at home. This includes addressing drug or alcohol addiction issues that parents themselves may be facing.

For parents who find that their children are using drugs, there are no easy answers. But a good place to start is to seek professional help. And whether it’s preventing problematic drug use or breaking free from addiction, healthy relationships are essential. Grisel emphasizes the need for such “honest connections”.

For Grisel, it was her father who reconnected with her after refusing to speak to her – or even to acknowledge that he had a daughter – at the height of his addiction that made all the difference in her recovery. “While there have been several turning points in my trajectory, it seems deeply significant that the material change began… when my father inexplicably changed course and took me on my 23rd birthday. “His willingness to be seen with her and to treat her with kindness, Grisel recalls,” opened my defensive shell of rationalizations and justifications. It broke a lonely heart that neither of them knew I still had.

In contrast, Grisel and other addiction experts point out that when people feel isolated or alienated like so many teenagers during the pandemic, they are much more likely to use drugs or alcohol and have a harder time. to free oneself from addiction. While we are still learning about all of the factors that make addiction so intractable, Grisel says we have enough data to understand that our brains are shaped by more than individual biology. “And of all of these influences, perhaps the most immediate and impactful, and therefore potentially useful for effecting change, are our connections to each other,” she says.

For parents looking for answers, making your relationship with your teen a priority – as hard as it can be to connect at times – is a good place to start.