Ninety miles northeast of Phoenix lies a rural town with a population of about 15,000 people. Payson, Arizona, a small community with a lush forest landscape and majestic Mogollon Rim views, is host to the Rural Health Longitudinal Integrated Clerkship (LIC). Third-year medical students from the University of Arizona College of Medicine – Phoenix spend six months living and training in rural clinical settings as they earn a Certificate of Distinction.

The clerkship was created through a partnership between the Rural Health Professions Program at the college and the MHA Foundation to address the physician shortage in Arizona — more specifically, in rural communities.

A medical student’s third year of training at the College of Medicine – Phoenix includes rotations at the college’s nine clinical partners across the Phoenix metro area. Students engage patients they may never see again after their initial encounter.

In contrast, students participating in the Rural Health LIC live and work in Payson, obtaining hands-on experiences in underserved communities with an emphasis on longitudinal patient care. They develop medical skills—and relationships—by treating some of the same patients over the course of the clerkship.

“I really didn’t know too much about the LIC until my friend Brett told me that I should apply. He knows my interests and said it would be a great program for me,” Tapia explained.

Tapia reached out to Dr. Cartsonis, director of the college’s Rural Health Professions Program and an associate professor of Family, Community and Preventative Medicine. 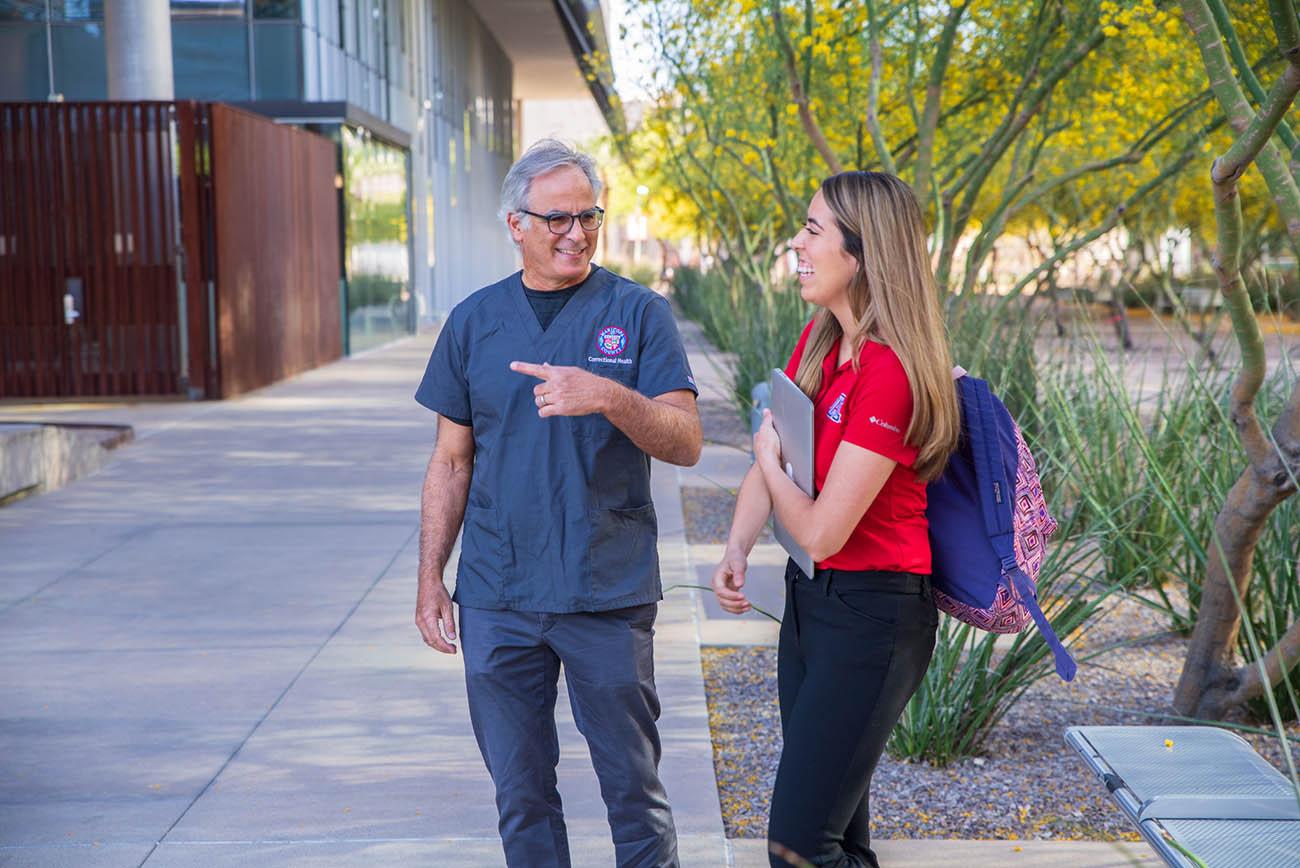 “Payson, like other rural settings, does not have a deep bench of medical professionals,” said Dr. Cartsonis. “Doing clinical training in these environments offers students a broad range of engagements with patients, and their efforts are noticed.”

“One of the values ​​that I look toward in my future as a physician is developing longitudinal relationships with patients,” Tapia said.

Tapia had an incredible experience delivering a newborn baby as part of her obstetrics and gynecology rotation. The expectant mother was experiencing high blood pressure and was admitted to the hospital where Tapia assisted with the C-section delivery. Tapia mentioned her interest in pediatrics as a specialty to the patient’s pediatrician, who invited her to evaluate the mother and newborn at follow-up appointments.

“That’s something you wouldn’t be able to do in the Valley because you don’t really cross specialties in that way,” she said.

“Traditional medical student classes are set up so they’re only studying one subject for four to six weeks. In the LIC it’s competency- and continuity-based, so a student could be in the emergency department treating a patient with a gallbladder issue, accompany them into surgery and follow up with them after the surgery,” said Dr. Hunt. 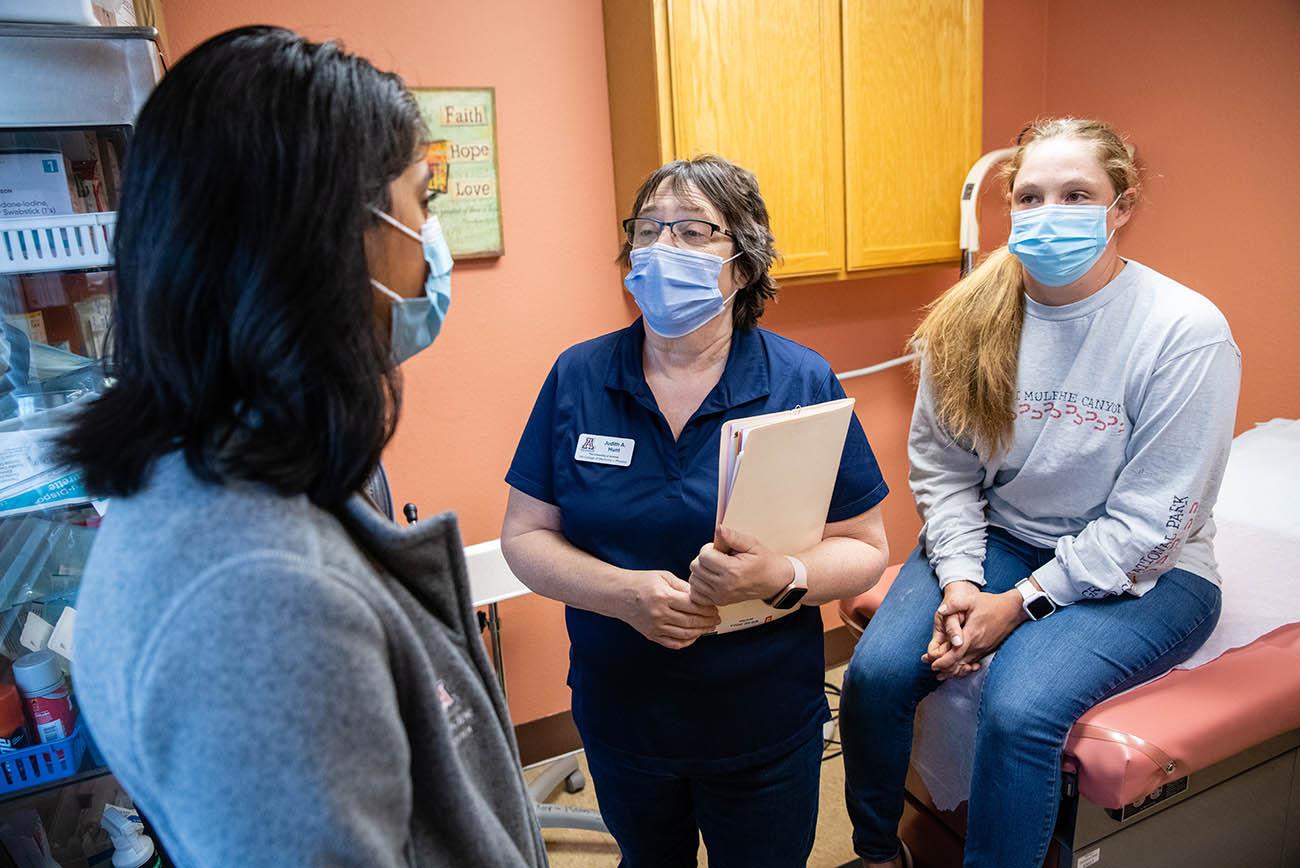 Tapia witnessed the lack of health care resources in rural communities. She assisted a patient with significant liver failure who urgently needed a therapeutic procedure. The radiologist was not due back in Payson for another 10 days – too long to wait given the patient’s condition. “I felt stuck, in that I couldn’t help the patient sooner,” said Tapia.

A clinician suggested she reach out to a nearby hospital, but that facility was booked. Tapia expanded the search to a hospital in Fountain Hills, but the long drive from Payson was too much for the patient.

“I feel like this is something you would experience during residency, since you have continuity clinics, but the traditional medical student’s experience is too short of a time to really get those follow-ups,” concluded Tapia.

The Rural Health LIC is expanding to meet the need for medical professionals in rural communities and students’ interest in these hands-on learning environments. The Gila River Indian Community and Flagstaff will welcome medical students this summer, increasing the number of participating students from three to 10.

A version of this story was originally published by the College of Medicine – Phoenix.