A mother and father have been found guilty of causing or permitting injury that resulted in the death of their baby girl.

Daniel Nolan, 30, and Sophie Nash, 31, both of Dover Street, Nelson, were today (Thursday January 13e) found guilty of causing/permitting the death of by Ava Grace Nolan, two counts of causing or permitting grievous bodily harm to her and cruelty to children, after a trial at Preston Crown Court.

Police were called by the ambulance service on Wednesday August 16e 2017 after baby Ava Grace Nolan, then just eight days old, was reportedly unconscious at an address in Dover Street, Nelson.

Ava was taken to the Royal Blackburn Hospital where she sadly passed away shortly after midnight on Thursday August 17.e. 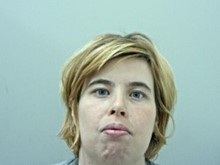 Speaking after the verdict, the officer who conducted the investigation, Det Ch Insp Jill Johnston of Lancashire’s Major Force Inquiry Team (FMIT), said: ‘I would like to thank the jury for having made his decision after what must have been a harrowing and difficult test to pass.

“Throughout this long and complex investigation, neither parent has ever accepted responsibility for harming Ava, Nolan and Nash blaming each other. Although we have been unable to prove which inflicted these horrific injuries that resulted in the death of their baby girl, what we were able to prove is that they are both ultimately responsible One of them shook baby Ava to death and the other allowed it to happen. Neither of them sought medical assistance for the initial injuries Ava suffered in those very short days of her life and I suspect they delayed the seeking medical assistance on the evening of his death, until it was surely too late.

“Nolan and Nash were blessed with a healthy baby girl, a newborn whom they should have loved, cared for and protected from harm. To think that they were responsible for her death is inconceivable. The couple have admitted to having an extremely volatile and violent relationship, putting baby Ava at considerable risk, which ultimately proved fatal.

“While we cannot change the events that transpired, we have continued to seek justice for baby Ava. The investigation revealed that during Ava’s short life, considerable support was offered to Nolan and Nash, by agencies such as social services, midwives and health visitors Nolan and Nash have not accepted their support, repeatedly denying them access to their home in Nelson and not returning their calls. Medical professionals persisted and a successful visit was made, but sadly they could never have predicted the levels of abuse this couple would inflict on their baby.

“I would like to thank all of the witnesses in this case, including medical professionals, for what has been an extremely moving investigation and trial. We will continue to work hard with our partners as we seek to protect children like baby Ava, to educate and support parents, but ultimately to protect children, to be their voice and to prevent tragic cases like this. -this.

Nash and Nolan are due to be sentenced tomorrow (January 14e) at Preston Crown Court.