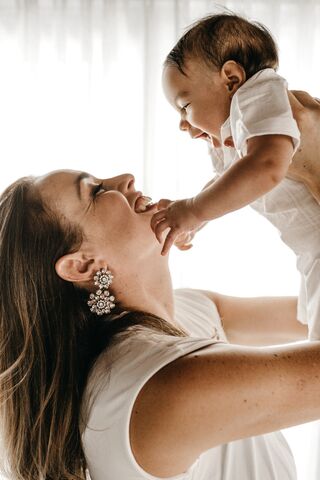 The perfect time to have a baby does not exist in the real world, and the COVID-19 pandemic has not made planning for pregnancy easier. Deciding if or when to have a child, get pregnant and become a parent is complicated, and even more so if you are single.

In the 1960s and decades before, before the feminist movement made strong inroads, women went to college to find husbands. If you weren’t married at 25, you might be considered an old maid. Few women thought of a career – becoming a dentist, scientist or CEO – and being able to support themselves and their children. Culturally, even fewer accepted the idea of ​​a family with two dads, two moms, or single parents.

It’s changed. Dramatically. In the United States, nearly a quarter of children live with a lone parent, the highest rate in the world, according to data from the Pew Research Center. Single parents who were never married are roughly equal to the proportion of those who were previously married. Additionally, the U.S. Census reports that most children in lone-parent households are raised by single mothers – one in five single parents is a father – some because of divorce or the death of a spouse and others who choose to do so. ‘be single parents.

Many start their families later

Straight or gay, men and women don’t necessarily mean Mr. or Mrs. Right. But singles, like their married counterparts, often wait to start a family. The median age of single parents is 38, compared to 34 for cohabiting parents who are not married, according to Pew.

Because many women wait longer to start their families, a huge and growing industry has developed that is no longer under the radar or a secret topic. In vitro fertilization (IVF) has developed rapidly and the progress has been enormous and particularly beneficial for single women who want to be mothers.

Freezing eggs for use at a convenient time is no longer unusual either. In my immediate sphere, I know three young women in their 30s and early 40s who have frozen their eggs. They want to keep their options open. They may want to consider potential sperm donors, be more settled in their job, or move on when they feel they are able to support a child on their own or hope to find a partner, but want to be sure to preserve their eggs.

Fertility physicians have successfully frozen sperm since the mid-20th century, with the first human pregnancy achieved with frozen sperm in 1953. While single fathers are vastly outnumbered by single mothers, their ranks are also growing. . Like their female counterparts, single men often wait until they are older to become a dad.

CNN host Anderson Cooper became a single father at age 52 through a surrogate mother. Whatever your take on surrogacy or egg and embryo freezing, these medical interventions are here to stay, even if they remain prohibitive for many.

“A good egg” is all you need

For future single moms, if you’ve got a good egg, you’re good to go, as Suzy Becker, comedian and “older” gay woman reveals in her book, A good egg: an illustrated memoir. “For the first twenty-three years of my life, I was sure to have babies, at least two,” she writes. “Then it took me fifteen years to decide to go ahead and have one. “

Becker details the many obstacles she has faced and sorts through fertility jargon, from IUI to IVF, all while educating the reader with delicious, heartwarming and fun illustrations. With a good friend as a donor, her story unravels the thorny obstacles of becoming a mother “later”, which she did at 42 years old.

Nancy, a woman I interviewed for a study, divorced without children. Her advanced age is just one of the factors that led her to become a single mother. “I started my journey at 41 years old. I had been alone for several years and dating was not working. I decided I had a lifetime to find a partner, but the window was closing to become a mother, ”she said. “I remember reading an article about parenting being the best education. It wasn’t that I was dying to have a baby, but I didn’t want to miss the experience of parenthood.

Nancy considered adoption, but after a long, stressful and complicated time, she was successful in obtaining infertility treatment. Many single women choose to adopt for medical or financial reasons and, like Nancy, don’t wait until they find a partner to do so.

The advantages of single parenthood

As a single person, whether you choose a sperm donor from your friends or from a sperm bank, carry your baby to term, hire a surrogate, or adopt, the rewards are bountiful and long lasting. You make the important decisions about your child’s development and education, where you live, and what and to whom you expose your child.

Nancy, whose child is now 8 years old, points out. “I have full control over the decisions. There are fewer moving parts, which allows me to be fully distracted, ”she says. “Overall it’s fantastic: we have adventures; there’s spontaneity when it’s just the two of you.

Unless you have an amazing support system, you can’t ‘pass’ your child off for a few hours of your own. Sometimes there are monumental challenges and the onus is all on you. Nonetheless, when you talk to single women who have chosen to be mothers, what is blatantly clear is their desire, determination and courage, no matter how obstacles and disappointments along the way. intimidating. They have the child or children they desperately wanted.

At the end, a single mother said to me, mirroring the feelings of so many others, “I wouldn’t want it any other way.”

6 benefits for children of older mothers

On Don’t Wait For Mr. Right