I have never met parents who did not love their children. Parents almost always agree on one thing: they want their children to thrive. “We want what’s best for them, what’s in their best interests…” Parents can disagree on many things, if not everything, except this one. They love their children and hope that they will not suffer from their parents’ divorce.

However, there will inevitably be fallout from a separation or divorce. It is almost inevitable that there will be a negative effect no matter how hard the parents try to prevent it, or no matter how old the children are. Infants and toddlers may not have the language to express their feelings, and adult children are not immune from their parents’ “gray divorce” just because they are over 18. It is a mistake to think that your children will not be changed as a result. of your divorce.

What can you and your co-parent do to protect your children?

First, recognize that as resilient as your kids may seem, they are often not as resilient as they appear or as you might like. But there are things you can do to increase their resilience. Carla wanted to believe that her children would be happy for her when she herself was happier in a new relationship. It was an illusion, but she didn’t understand it until her children sabotaged her new relationship. Daniel told me that his children were strong and resilient and that he thought they would be “very well”. He said: “They are more interested in their careers, friends and activities than in our divorce. I’m not worried. “But he should have been worried. He watched in dismay his son’s grades in college drop and his daughter simply stopped talking to him.

Second, there are four loyalty traps that can seriously affect the well-being of your children. Often, parents are unaware that children are caught in one or more of these traps. Emmy told me that she started to be more vigilant when she found out about these traps. “I didn’t know it hurt my kids so much. Now that I’m aware of it, I pay attention to what I say and do with them.

You can keep your children out of the traps if you know them.

How do you fall into one of these traps? Maybe you are angry, bitter, or hurt by your ex. If you haven’t been able to get over your feelings, they can set the stage for a loyalty trap. Or maybe you think you are the wronged person in the divorce and deserve the support of your children. You might see yourself and your children as the real victims of the divorce. Another possibility is that you want to show your kids that you are the best parent, by secretly disparaging your ex.

The four traps of loyalty

Loyalty traps are the roles that children assume or that you inadvertently put on them. Your children can be caught in any or all of these traps. These roles place children in the midst of divorce and bonds of loyalty. You may not even know that you are putting children in unhealthy roles. The good news is that when you are aware of these pitfalls, you can help your kids get out of them. They are:

When you ask your kids about the time they spend with their other parent, it often makes them uncomfortable. A child once said to me, “I feel bad if I tell my mom how much fun I have with my dad. So I tell her things like I don’t like her cooking or like to be with her. When you ask questions about what they are doing, who they have seen, and where they have been, you are putting your child in the role of a spy. It’s even worse when you ask about your ex’s dating or social life.

However, some children may want to share their experiences at their other parent’s home. It is not the same as when you question them. If they want to talk about it, pay attention to your responses and your body language. “I’m so glad you had fun at pizza night!” Is a great answer, while “So who else was at the pizza party?” Is not. It seeks information from your child.

Face it, many co-parents want as little contact with each other as possible. You may feel like the other parent is bossy or intrusive. Or you can be emotionally triggered by any direct communication with your ex.

So you ask your children to pass on messages like, “Tell your dad I’m picking you up early on Saturday so we can go to the birthday party.” Or, “Ask your mom if it’s okay if we go to Disneyland during school vacation.” One of the worst is, “Tell your dad I still haven’t received the child support check he was supposed to deposit yesterday.”

These are extreme examples to take stock. Don’t ask your children to pass messages between their parents. Find other ways to communicate, perhaps by text message, email, or a service like “Our Family Assistant”. If necessary, see a co-parenting counselor to help you find ways to keep your kids away.

Children often become “adults” during a divorce. This means that they believe that they need to be more mature and considerate of their parents. When you say to your son, “You are the man of the house now,” you are asking your child to grow up too fast.

Carol told me her daughter kept asking her why they got divorced. She eventually told him about her ex’s sexual difficulties, but later realized it was a mistake. But the words were there and couldn’t be taken back. Chris told his children about his wife’s affair, which upset them, and turned them against their mother.

Parents are of course overwhelmed with emotions during and after a divorce. This is normal and you need to have good friends or a therapist you can turn to. Turning to your child, even an adult child, is inappropriate because it puts your child in the position of caring for you when you still have to be the parent.

4. Ally (“You have to support me and be by my side now. Your mother doesn’t care about us anymore.”)

You can recruit your child as an ally (or your child may think you need an ally) when you are hurt or angry with your ex. You may also want your child to see you as the best parent, even if they are not aware of it. A teenage girl, Rachel, once told me that she wanted to prove to her mother that she was on her side. To do so, she simply refused to see her father, despite court orders imposing shared parenting time. She developed anorexia and was eventually hospitalized. She went to the judge and told him that if she was forced to see her father, she would starve. So the judge overturned the order and Rachel did not see her father until she was an adult.

In this sad situation, the mother felt that she needed her daughter as an ally. Rachel subconsciously recognized him and knew that if she didn’t align with her mother, she would be rejected. She was ready to risk her life there. Years later, father and daughter reconnected as Rachel went through the trauma of divorce in therapy.

When children can have healthy relationships with each parent after divorce, they will thrive

They need you to let them, and even encourage them to love both parents, even if you don’t love your ex anymore. 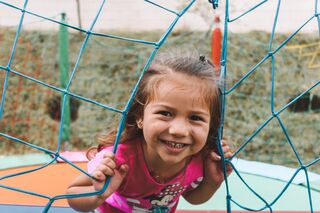 Freeing your children from these traps builds their resilience and reduces the damage caused by divorce.

If you are aware of these four loyalty traps, you can help prevent the damage of divorce to your children. No matter how angry you are or how much you hate your ex, remember these four pitfalls will hurt your kids in the end. And, they can also backfire on you and harm your future relationship with your kids.