Just when you start to get the hang of it and feel confident leaving the house, the next hurdle is finding a place you feel comfortable breastfeeding when you are out in public.

While some places have parents’ rooms, not all are well-equipped. Case in point this ‘parents’ room’ at busy Melbourne Airport, which has left the internet aghast thanks to its gross inadequacy. And even the airport admits it’s ‘terrible’.

Parenting author and humorist Kaz Cooke, who is perhaps best known for her pregnancy guide Up the Duff, uploaded the photo of a chair in the ‘parents’ room’ of Melbourne Airport to Twitter on Tuesday, along with the comment, “This is the chair presumably provided for feeding a baby in a ‘parents’ room at Melbourne Airport.

“No shelves or hooks for baby bag or handbag, no way to set water down within reach, no protection from toilet aerosols or even a seat to lower. Please do way better, @Melair.”

The arm of the crimson chair was held together with tape in a different hue. The rest of the room was just as depressing. Less of a ‘parents’ room’ and more a large toilet with a chair plonked inside. The toilet, without a lid, was just centimeters away.

Not surprisingly, commenters were quick to agree with Cooke.

“Gross. No one should have to feed their bub next to a toilet,” wrote one.

“We wouldn’t eat our meal in the bathroom, we shouldn’t expect babies to,” said another.

“Annndd that’s why I never used gross facilities like this and fed my baby out in the open. I would pull out my boob pretty much anywhere. Awful for mums who need/want privacy and it’s ridiculous that a decade after I was breastfeeding, women still have to put up with this crap,” was another comment

Others wondered if the parent’s room was in fact meant for something else.

“Is that a disability toilet which has become baby room? If so, where do people with disabilities relieve themselves?” asked one comment.

Thankfully, for future traveling parents at least, the calls of disgust appear to have been heard with Melbourne Airport responding to the author’s tweet and the comments.

“Thanks for your feedback. You’re right in that the state of our amenities have been terrible, which is why we’ve been upgrading them across our terminals over the past two years,” they wrote.

“To date, we’ve opened 12 new amenities, including parents’ amenities in both terminals one and three. We have two more coming online in terminal four this August. We have over 60 amenities in the precinct so it’s a big job, but we’re well on our way.” 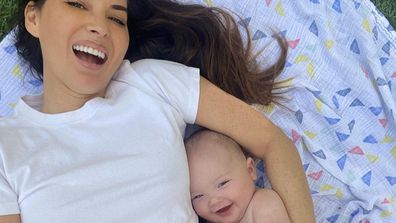