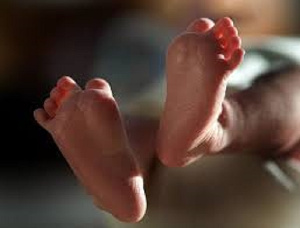 An abandoned newborn was reportedly found dead in a cardboard box at a rubbish dump in Ho Dome.

The body was discovered by residents who went to drop off their waste in the early hours of Monday, December 26, 2021.

Assembly man for the area, George Megbenu, told Asaase News he liaised with Ho Municipality health and police authorities the same day and collected and dropped off the remains at the morgue of the Ho University Hospital.

He said that the Municipal Directorate of Environmental Health promised to press for a grave at Ho Central Cemetery for the burial of the innocent soul.

Mr. George is certain that the perpetrator is not from Ho Dome and surrounding communities, meanwhile he calls on residents of Ho and surrounding areas to report to the nearest police station when the suspect is detected.

However, locals also complained about the assembly’s inability to frequently get waste to the permanent landfill, adding that their health was at risk and relocation of the site should be the way forward.