Written by Publishing Team
Cities are engines of our local and national economies, and centers of creativity, culture, and entertainment. But they are under more pressure than ever. This is the latest in a monthly series, The Case for Cities, that looks at how Cincinnati and similar cities can grow by becoming places of choice, as well as models of social justice.

Ten years ago, babies in Cincinnati and the surrounding county were dying at an alarming rate. The infant mortality rate in Hamilton County was one of the worst in the country. Black babies, in particular, were dying at a clip not unlike that seen in some Third World countries.

This should not have been happening in a country that claimed to possess the best health care in the world. And in Cincinnati, the infant death rate exposed in the starkest terms a racial disparity that was literally a matter of life and death. In a city that was beginning to reinvest in itself, revive its urban core, and grow again, the numbers revealed that a healthy, improved standard of living was not something that was shared by all.

As an expert in infant health at Cincinnati Children’s Hospital, Dr. James Greenberg had seen the local infant death rate rising in the early 2000s. “Obviously, something really bad was happening,” he says.

At the time, Greenberg and others were starting to form a new department at Children’s, the Perinatal Institute, a center of care and research into birth and newborns. They decided to make one of the pillars of its work a reduction in infant mortality in the community.

Ten years later, the effort has evolved and grown, and shown significant results.

But that achievement comes with a big asterisk. In 2021, black babies in Hamilton County were nearly five times more likely to die before their first birthdays than white babies. Deaths among black infants remains unacceptably high, and the rate actually worsened in 2021, even as the death rate among white babies decreased.

“The racial disparity remains unacceptable,” Greenberg says. “Just by being black, you have a much higher risk of losing your baby in the first year of life.”

The infant mortality conundrum remains a work in progress, but there has been considerable momentum forward.

The backbone of the effort is a program called Cradle Cincinnati, formed in 2013 by Greenberg and Dr. Elizabeth Kelly of University of Cincinnati’s College of Medicine. Greenberg, an expert in infant health, and Kelly, whose specialty is the health of mothers, made a natural team to examine how to approach this problem.

To begin with, there was little agreement at the time on how to measure infant mortality, with the result that the experts in public health couldn’t see eye to eye on how bad the problem was. “When we started, there was very little understanding about what infant mortality was,” Greenberg says.

Without that baseline of data, there was also very little consensus about why babies were dying at such high rates. 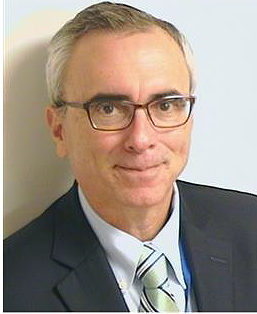 Dr. James GreenbergThe first big item on Greenberg’s and Kelly’s to-do list was to get everybody on the same page on how bad the problem was and what needed to be done about it. They convened nearly 30 organizations who were stakeholders in the infant health issue, beginning with the Cincinnati and Hamilton County health departments, and including the local hospital systems, governments, foundations, physician groups, and not-for-profit organizations. The late Hamilton County Commissioner Todd Portune was pivotal in convening people, securing funding, and persevering in the effort to address the crisis in an organized way.

“We got city and county health to sit at same table,” Greenberg says. “We worked to align everybody on what the mortality rate was, and how we were going to measure it.”

With agreement on the scope of the problem, it took a couple of years to create a method for collecting ongoing, reliable, up-to-date information on infant deaths from hospitals and health departments. Reliable, current data was critical to understanding and attacking the problem.

“We now get information almost in real time,” Greenberg says.

Next came the hard part – figuring out why babies were dying at unusually high rates.

The team discovered that the leading cause of infant deaths in this community was babies being born way too early – “extreme preterm birth” in medical lingo. Some were born so early they didn’t even make it out of the delivery room and into the ICU before they expired, Greenberg says.

Why are babies born extremely early? That question gets deep into a complex range of medical, social, and psychological issues that are extremely difficult to answer. Drugs, alcohol, smoking, overall mom’s health, isolation, economic stability, and stress are all factors. For black women, those factors can be aggravated by the very fact that they are black.

“Black folks in society are experiencing a historical reality of under-education, over-incarceration, being underpaid, and not being at decision-making tables, which is stressful,” says Dr. Meredith Shockley-Smith. “That stress has a negative impact on the body, the literal body.” 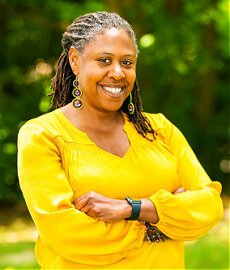 Dr. Meredith Shockley-SmithDr. Shockley-Smith is the executive director of Cradle Cincinnati, appointed in April to take over for Ryan Adcock, who was the organization’s first director. A few years earlier, she had founded a community outreach effort for Cradle Cincinnati called Queen’s Village. That became a way for black women to gather, share stories, get information, and find support and empowerment so they can feel better about themselves and their lives. It’s a way to de-stress their lives and find community.
“They are gathered together to rest, relax, repower, and advocate for better birth outcomes,” Dr. Shockley-Smith says.

Brittany Brunner is an advisory board member of Queens Village, representing West Side neighborhoods. The mother of two daughters, ages 13 and 9, she got involved when she heard about the mortality rate among black infants.

“I was shocked about the rate in the black community,” she says. “I was shocked that we live in a time of black women and black babies dying.” Now, she helps organize events and lends her expertise as a postpartum doula, assisting new mothers with infant feeding and emotional recovery and coping with life with a newborn.

Cradle Cincinnati’s success lies in bringing the power of like-minded organizations together to address the problem of infant mortality. “Our number one strategy is collective impact,” Dr. Shockley-Smith says. The organizations’s partners and volunteers share a vision, an agenda for action, and data to guide their work – all moderated by the leaders and staff of Cradle Cincinnati. “When our entire community comes together in support of moms and babies, we can make a real difference,” she says.

Cradle Cincinnati leaders won’t pause long to celebrate the new overall record low for infant mortality, but say they plan to deepen their commitment to reducing the disparties in black birth outcomes.

“The issue of racial disparity is a big deal, and it will be our focus moving forward,” Dr. Greenberg says. “We intend to double down on it.”

You can read earlier articles in The Case for Cities series here.

You can view and listen to The Case for Cities conversation series here.

The Case for Cities: Cities of Choice are Cities of Justice series is a partnership between UC School of Planning and Soapbox Cincinnati, made possible with support from The Carol Ann and Ralph V. Haile, Jr. Foundation.